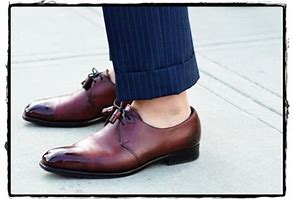 The month of November has finally settled in. It’s getting chilly, people are staying indoors more and the leaves are falling to the ground.

Although today I saw a boy riding his bycicle wearing a light pants and t-shirt. He was probably practicing to become the new ‘Iceman’ or maybe he thought he was trendy and cool.

At the moment there is a man living in Amsterdam and in Poland called Wim Hof who is carrying this title now. Among other things he stood for almost one hour and 45 minutes in a tank filled with icecubes and he climbed Mount Kilimanjaro (5892 meters high) almost naked in 2009! The outcome of a research developed in 2014 was that Hof could influence his immunesystem by way of a respiratory technique. Very important seems to be the fact that he (and his twin brother as well) can produce more ‘brown fat’, that can produce bodywarmth, than an average person when they are confronted with extreme cold.

Coming back to new trends, I see quite a lot of people wearing shoes with no socks in summertime but as well now in november. David Byrne ( a singer-song writer and former leadsinger of a band called the Talking Heads) wrote decades ago a song called ‘Houses in motion’ about a man ‘wearing shoes with no socks in cold weather’. I am really wondering why people are doing these kind of things. Doesn’t the cold bother them or do they find it more important to look sharp. I will ask a couple of people in the next coming days and will come back to it.

In his article ‘Monate’ (Months) the german journalist and writer who was born on the 27th of december 1907 and died on the 2nd of january 1999 is characterising the different months of the year. The months are like individuals to him, more than the seasons that remain more abstract. He compares the changing of months to the change of government. When there is a new government nothing really changes at first. The minister reads all the old documents to see what he can change. It will all stay the same, he proclaims, but after he finished reading them he will start with big changes.

According to Haffner only three month are really vicious, three are lovely and the rest is acceptable (‘bösartig’, ‘liebenwert’ and ‘annehmbar’).  November and December belong to the months that are vicious. The other one is April.

November is a month without a clear character for him. The first part of it is linked to October and for Haffner the real November is actually the month of December. If you look close at November it is better than it’s call. November is bearable like a moderate flu and it promotes the consumption of alcohol (about december Haffner is not so mild, according to him the following charactererisations apply: musty, dreadfulness, pulpy dreariness (‘breiiger Langweiligkeit’), sliminess, darkness and despair).

If you are curious you can read more about the months in his book ‘Das Leben der Füßgänger’, page 21- 26.

Amsterdam, the 15th of November.